Over in the Ocean, in a Coral Reef 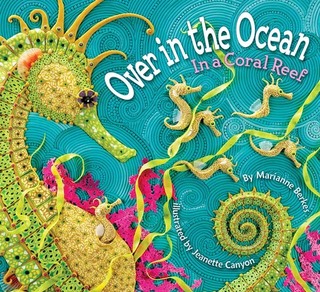 This coral reef is a marine nursery, teeming with parents and babies! In the age-old way of kids and fish, children will count and sing to the rhythm of "Over in the Meadow" while pufferfish "puff," gruntfish "grunt" and seahorses "flutter." The colorful art is fresh and fun--constructed entirely from polymer clay--and invites young fingers to fashion fishy forms. Includes background information on marine life that even older children will enjoy!

NEWS FLASH! "Over in the Ocean, in a Coral Reef," has won nine awards since its release, including: PMA Benjamin Franklin Silver Award; Marion Ridgeway Honor Book Award; National Parenting Publications Gold Award; Learning Magazine's 2006 Teachers' Choice Award,Bank Street College of Education Best Books for 2005, and the "Blue Hen Award," (Delaware)for best picture book. It is also listed on many other state library lists, was a Chickadee Award nominee in the state of Maine in 2006, and a 2009 nominee for the "Young Hoosier Award" in Indiana.

Download reproducible bookmarks of four sea creatures that are in the book (seahorse, angelfish, octopus & parrotfish), which can be reproduced and given to students, at www.dawnpub.com. Click onto "Activities."

There are also several other activity guides, including an audio of the book and the song, which you and your students can sing to. Just scroll down to the "Ocean"book and click onto the cover.

"Eye-popping artwork is the star of the show in Berkes' lively, oceanic counting book, based on the classic children's song "Over in the Meadow." In Berkes' version, creatures from the coral reef replace terrestrial fauna. She introduces a different animal in each full-bleed spread, but instead of bluebirds and muskrats, she highlights octopuses, pufferfish, and seahorses. Canyon uses polymer clay to create arresting visuals. In one spread, a sea anemone, its hot pink base crowned with rosy-tipped, lime-green tendrils, bursts from the page while mother clownfish darts after a trio of young ones. Their textured scales and vivid patterns stand out against a swirling blue background of coiled clay and small, bubble-like spheres. Young children will enjoy counting the offspring. Backmatter includes music and lyrics, further information about each animal, and an artists' note explaining how the illustrations were created. (Picture book. 4-8)" 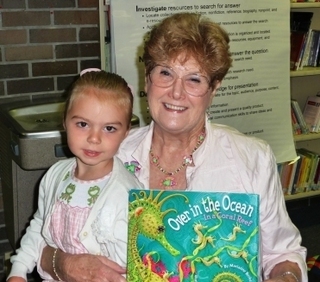 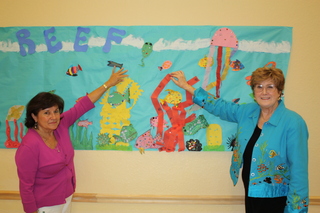 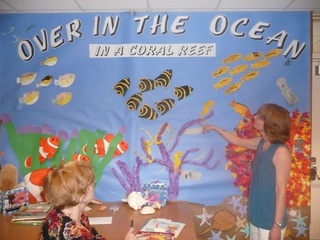 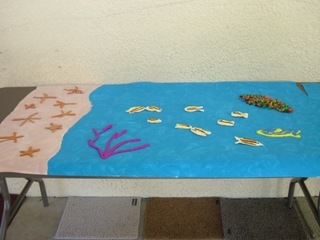 Students at Ortega Elementary created their own clay sea creatures. 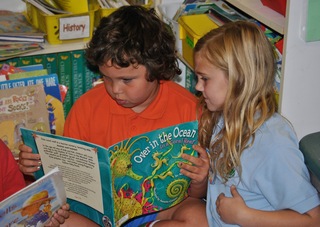 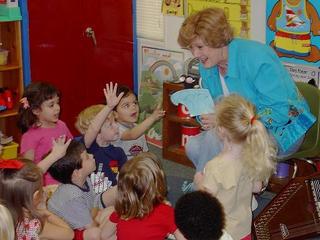 An "ocean" storytime at a preschool. 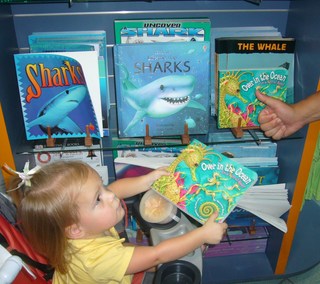 Board Book at "Sea World" in Orlando, FL! 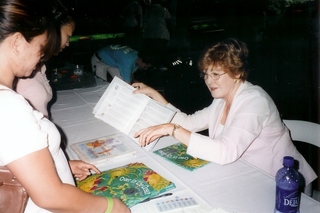 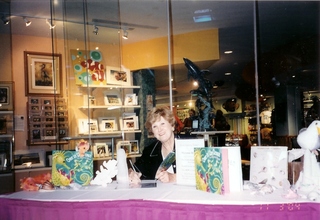